One month after the introduction of the first Royal 500 hand-wired radio, Zenith introduced their first portable transistor radio. It was called the Royal 800. The Royal 800 was a lunch box sized nylon cabinet portable radio that had a pop-up handle on top that also served as the antenna. The Royal 800 really packs a punch. It is powered by 8 “C” size batteries and has a large 4″ front speaker,Â seven transistors, and undistorted output of 500 milliwatts (5 times the Royal 500). The Royal 800 was a radio that was ahead of it’s time. Zenith made the Royal 800 in Black and also a scarce grey version. They sold for $89.95 and in my opinion, that was a lot of performance for the price. But the popularity of the smaller Royal 500 led to the 800’s short life and limited production. This makes them quite a find today for the collector.

The Royal 800 was soon replaced by two leather portables in 1957; the Royal 700 and Royal 750. The change to leather was a trend that would continue as Zenith produced several other leather lunch box sized portables over the next few years.

In 1958, they introduced the first Navigator with the Royal 760. 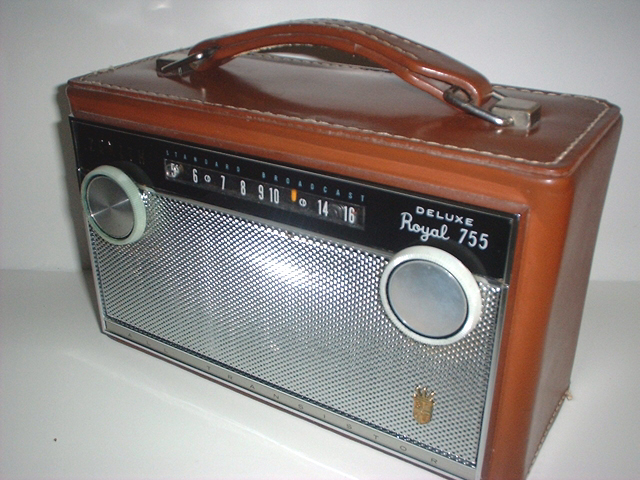 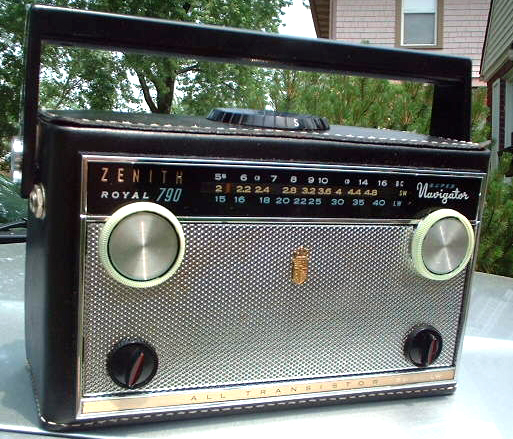 Of all the portables Zenith made, I like the earliest ones the best because of their styling. Their grills look like they were patterned after the cars at that time.

Check out these Portable Transistors radios.